CBD Facial: CBD or Hemp Oil on the Skin 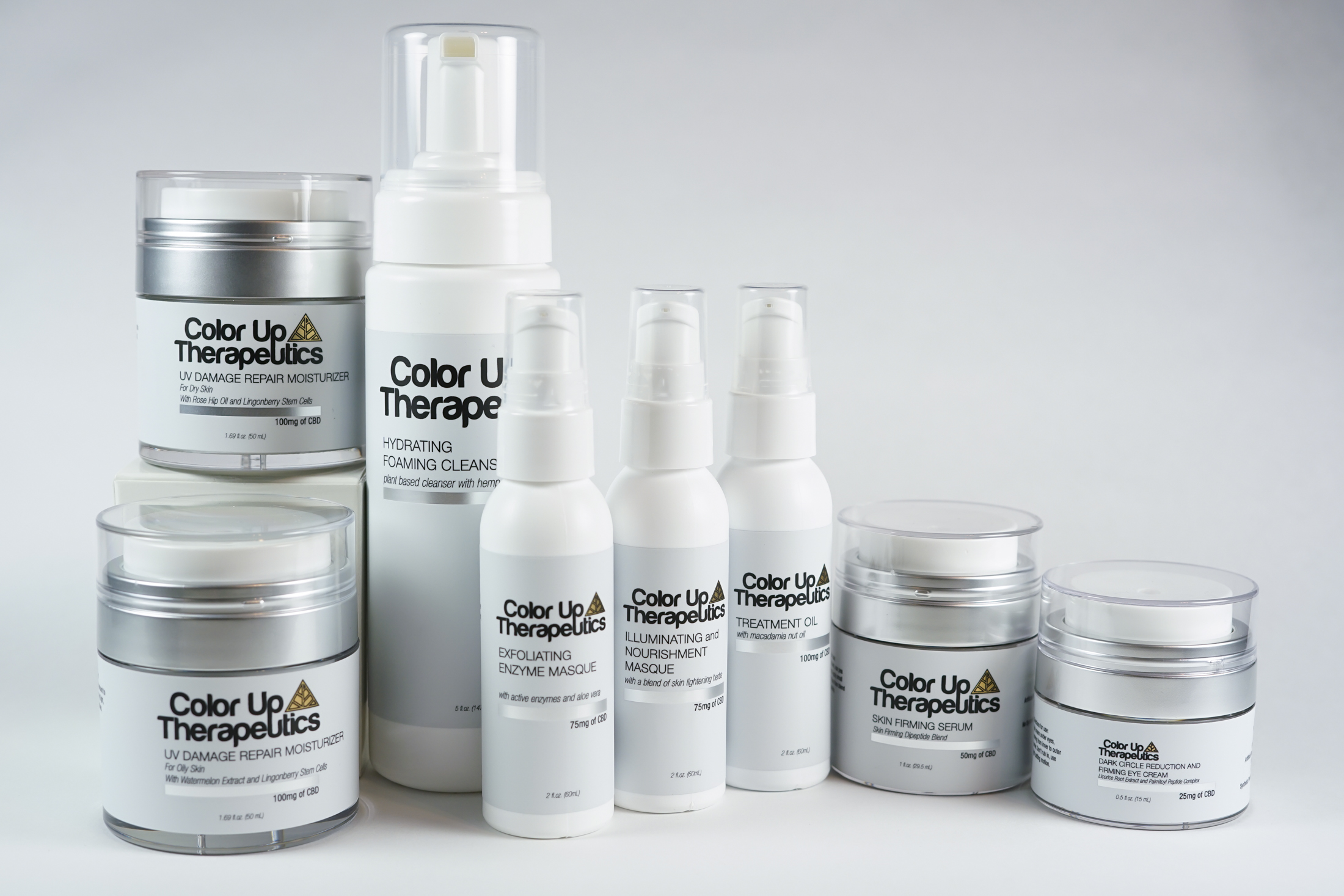 Cannabidiol (CBD) is one of many compounds, known as cannabinoids, in the cannabis plant. The least processed form of the cannabis plant, known as hemp, contains most of the CBD used medicinally. CBD or Hemp oil is ideal for people looking for benefits from cannabis without the ‘high’. Hemp oil is considered to have a wide scope of potential medical applications – due to clinical reports showing the lack of side effects, particularly a lack of psychoactivity (0% THC). Research shows that hemp oil benefits include acting as an anti-inflammatory and antioxidant.

The endocannabinoid system is critical to the life cycle of basal cells, which make up around 90% of the cells in the epidermis. Healthy skin relies on the body’s ability to grow new cells and discard dead ones. Manipulation of the endocannabinoid system can help regulate the life cycle of cells and when applied topically, it is absorbed directly through the skin where receptors associated with the endocannabinoid system are located. CBD works directly where needed most and isn’t absorbed into the bloodstream, making it a potential therapy for a range of conditions, from dry skin to skin cancer. CBD is more permeable to the skin than THC and more likely to stimulate the cannabinoid receptors, making CBD the popular choice for cannabis-based topicals. It has also been shown that CBD can up-regulate the production of specific peptides that produce an anti-microbial effect. CBD helps to moderate cell cycle and other various cellular pathways leading to healthy cell activity.

CBD as a natural antioxidant is even more powerful than Vitamin C, E, A, or omega 3 fatty acids, which are all also present in hemp oil, making CBD hemp oil a good source for antioxidants. Protecting the skin from free radicals, like UV rays, smoke, and environmental pollutants, is critical in having younger looking skin. Free radicals in the atmosphere cause fine lines and wrinkles; antioxidants protect our bodies from the damage of these free radicals, including fighting the effects of aging. Serving as a barrier to the oxidants, CBD topicals nourish the skin by moisturizing, smoothing and protecting its elasticity. A natural cell regenerator, CBD encourages the production of new cells and aids in removing dead skin cells, giving users the healthiest, most youthful version of their skin.

CBD can also cause change in skin patterns, such as reduction in hyperpigmentation.

Acne involves the overproduction of sebum, an oily substance intended to protect the skin. Glands in our skin, typically near hair follicles, called sebaceous glands produce fatty oils called lipids. These lipids perform a number of functions, such as creating a barrier on our skin to keep out bacteria and viruses and working to lubricate and waterproof the hair and skin. Endocannabinoids, compounds that our bodies produce naturally and Phytocannabinoids, compounds produced naturally by plants (CBD), play a major role in oil production by regulating the excretion of oil in sebaceous-related skin conditions, including dry skin. Sebaceous glands and hair follicles both contain endocannabinoid receptors, meaning their functions are affected by cannabinoids. Lipid production plays a critical role in both acne (over production) and eczema (under production). CBD works to heal the acne by providing both anti-inflammatory and antibacterial properties. Working as an all-natural antibiotic, CBD targets the affected area and eliminates the fatty acids and bacteria within the skin. The acne clears up and the scars diminish, leaving you with a clear complexion.

Although CBD shows effectiveness in beauty products, such as with anti-aging and acne relief, the elements hold promise in the treatment of a number of more severe skin conditions as well. One study found that phytocannabinoids, particularly cannabidiol (CBD) and cannabigerol (CBG), can control cell proliferation and differentiation, indicating they can be used in treatments for skin diseases like allergies and cancer. Through its ability to control cell growth and death, CBD has been considered as a potential adjunct to current skin cancer treatments. Anecdotally, CBD oil works on warts, moles, and even HPV outbreaks because it can cause cell death in these abnormally growing cell groups. Atopic dermatitis (eczema) and Psoriasis have been shown to improve after treatment with CBD.

Choose a face wash for your skin type.

Face wash is the first step in your skincare routine. Given the wide variety of available...

END_OF_DOCUMENT_TOKEN_TO_BE_REPLACED

Reshape Your Curves With A Body Contouring Treatment

We all want to have a perfect body with attractive curves. But sometimes, even after following...

END_OF_DOCUMENT_TOKEN_TO_BE_REPLACED

Toners are no longer what they were! The days of astringent, abrasive toners that smell and feel...